Rainy days are really annoying weather, going out to work and school is not so convenient, wet umbrellas are not comfortable to hold. In response to this, a reverse umbrella was invented that subverts our notion of umbrellas, do you know what a reverse umbrella is? What are the pros and cons? 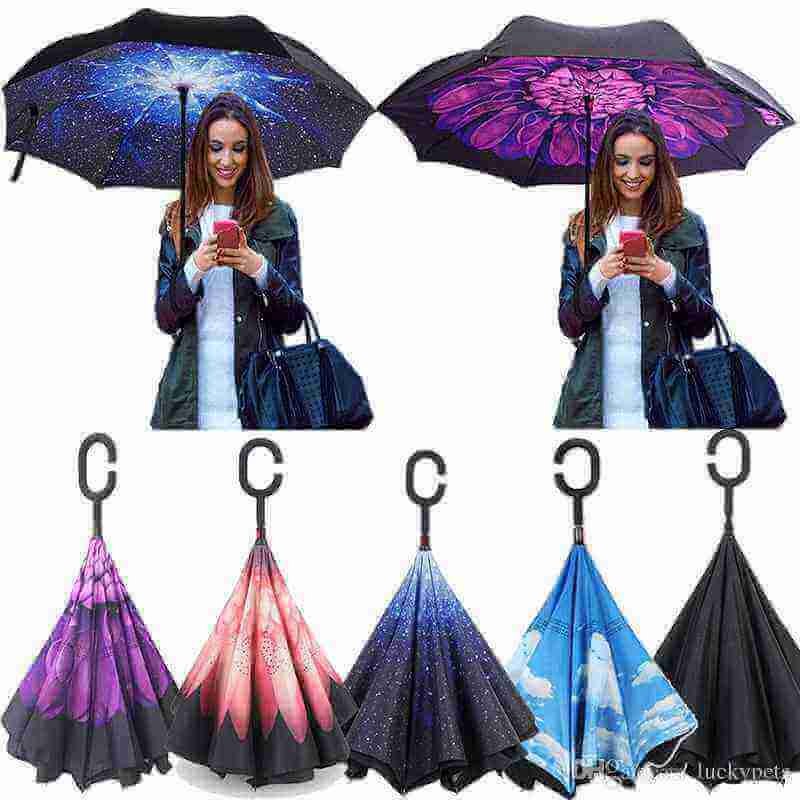 If you have been rained on before or have ever walked in the rain, then you know the importance of having a quality umbrella. Umbrellas, like any other products, have not been left behind in the innovation craze going around in the world. A good example of such a classy innovation is the inverted umbrellas, also known as the reverse umbrellas.

Definition And Invention of The “Reverse Umbrella”

Just like its name suggests, although the Inverted umbrellas function like the standard umbrellas, the difference lies in the fact that they open towards the opposite direction. For instance, instead of pulling it upwards/downwards when closing or opening like the traditional umbrella, this one embraces the use of an upward-opening mechanism from inside out. Hence causing a subversion of the traditional umbrella.

The idea of inventing the inverted umbrella came into the picture a long time ago through Sakamoto; the Japanese designer with his umbrella product, which was launched into the market in early 2013. However, it wasn’t until 2015 when the second reverse umbrella; the KAZbrella was also introduced in the form of crowdfunding.

The concept was to create a subverting habit of human umbrellas for 3,500, a move that has so far received overwhelming customer support.

Currently, the market is filled with various types of reverse umbrellas for your selection.

One of such inverted umbrellas is the famous KAZbrella. Having being crowdfunded in 2015, this reverse umbrella joined the market shelves in 2016.

Actually, many individuals with a keen eye will admit that there isn’t much difference between the umbrella and the KAZbrella. If anything, they function pretty the same with the only difference lies in the extra layer of clothing seen on the KAZbrella product, which makes it more appealing.

Typically, the present-day reverse umbrellas, have taken after the KAZbrella with a few modifications here and there, like the presence of tiny wind-guiding holes for a beautiful classy outcome.

Like the early-mentioned, the inverted umbrellas take the form of a flower when opening-up. They’re the complete opposite of the traditional umbrellas.

What Are Some Of The Advantages Of The Reverse Umbrella?
They take less space; the opening and closing process of the inverted umbrellas doesn’t take up much space. Therefore, this has made them an ideal choice for most motorists.

They Store Rain Water; the waterproof fabric of the inverted umbrellas combined with the petal-like opening and closing ensures all the rainwater remains within the umbrella.

No Unnecessary Wetness Madness; so long you properly tie the head of the reverse umbrella, you can be sure to keep the surface of your car or surroundings dry. Also, you won’t have to worry about the drips of water falling on your documents.

It provides convenience; since the inverted umbrellas take little space, you can comfortably open and close them even in a crowded area without disturbing other people. In fact, it blends in well with the present-day hectic lifestyle, giving you ample time to deal with other important matters. It’s the true definition of “subversion”.

What Are Some Of The Types Of  “Inverted Umbrella”?

There are several types of inverted Umbrellas;

1. The Manual Reverse Umbrella; the operations of this umbrella is similar to that of the traditional umbrella. It fully depends on your hands to fully open and close.

2. The Self-Opening or Automatic Umbrella; these types of inverted umbrellas are very simple to operate. You simply have to press the button on the handle for it to automatically fully open and close.

3. The Led Reverse Umbrella; this type of umbrella comes with energy-efficient LED lights that come in handy at night or low-light places. The reflective sides of the inverted umbrellas with LED lights guarantee high visibility even through the storm. They make a perfect present choice for family and friends.

4. The Transparent Reverse Umbrella; they are clearly both in the inside and outside but with a high-quality waterproof fabric. The transparent inverted umbrellas also provide protection from UV lights and to top it all, they have a beautiful design.

5. The Reflective inverted Umbrella; like the LED reverse umbrellas, the reflective edge of these inverted umbrellas provide its users with the much-needed visibility both during the night and low light rainy seasons. Most of them also offer protection from UV lights.

What Are Some Of The Shortcomings Of The Reverse Umbrella

Just like every product comes with its range of benefits, there are also some shortcomings attached to it. The same case applies to the famously inverted umbrella.

Portability Issues: although the reverse umbrella might be good with rainwater storage among other merits, it mimics the traditional umbrella when it comes to storage. For instance, after closing it up, there is no way you can fold the umbrella pole to fit into an imported pocket or purse. This can be quite inconveniencing for individuals who have to carry it with them every day of the week. And although there are smaller umbrella options, their size is only that of a palm, which means the problem is yet to find any substantial solution.

Additionally, although the concept of adding an extra layer on the inverted umbrellas comes as a handy solution for wind-issues, it adds another problem; the weight. For instance, the standard weight of a double-layered reverse umbrella is 567g, while that of the single-layered umbrella is 340g. Who would want to carry such a burden all day long? Girls or women, for instance,  love carrying umbrellas all day long. Be it on a sunny or rainy day. At this time, the reverse umbrella will bring a lot of burdens, and the advantage of the five-fold umbrella becomes obvious.

The effort exerted into the innovation of the inverted umbrella is undeniably impressive. It sets to bring much convenience in our daily lives. Besides, its design is not only unique but also decorated with a beautiful novel style. It solves the inconveniences caused by rainy umbrellas in our lives. 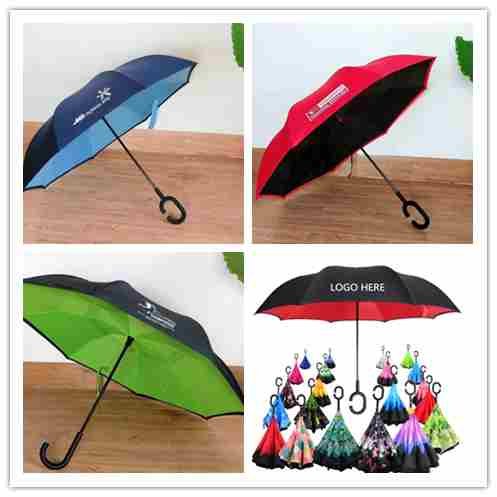 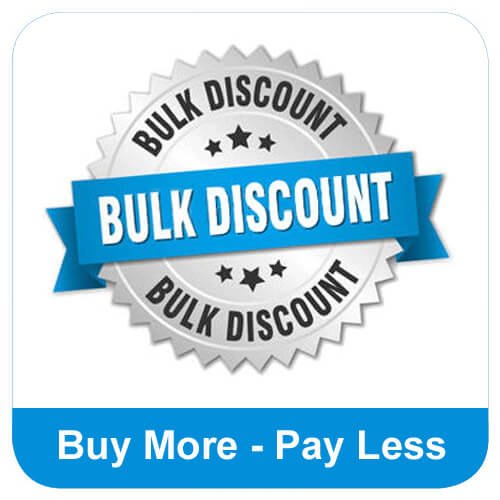 50+Patterns for your choice.