Environmental umbrella dryer in Seoul instead of disposable plastics
Posted on July 29, 2018 by HfU-Admin 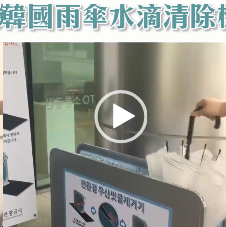 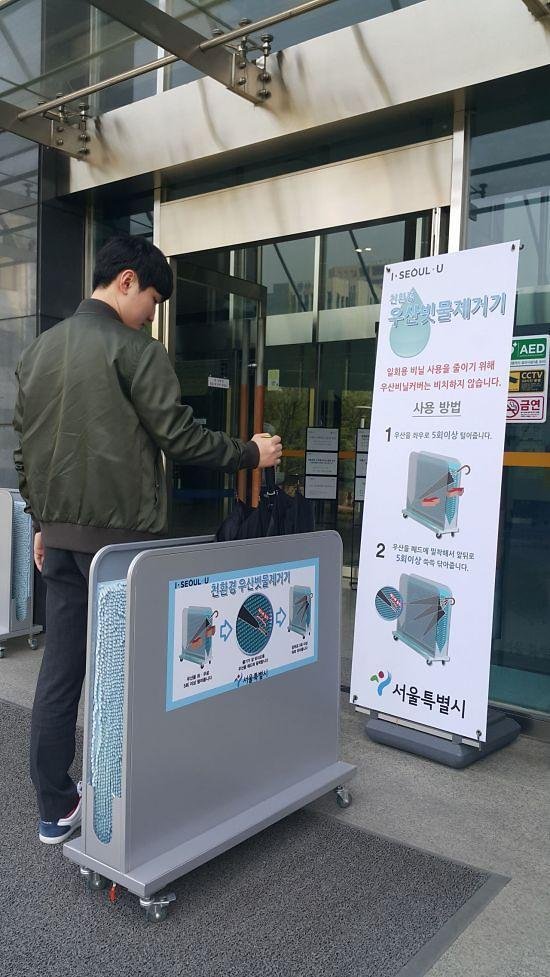 Most South Korea citizen usually puts a plastic bag on the dripping umbrella when enters subway stations and houses.  But from May 1 this year,  plastic bags won’t be placed at Seoul City subway station and public office. Umbrella dryers or special water carpet will be officially unveiled.

City officials in Seoul say recycling of waste plastic has recently become a social problem.  The city government will first “lead by example” and reduce the use of disposable plastics.

The Seoul government building has installed umbrella dryers at the door since September last year. Approximately 300,000 umbrella covers are used at the Seoul public buildings every year. Most of the covers are wet when they’re disposed of, which makes them difficult to recycle, with many ending up in landfills or incinerated.f 300, 000 plastic umbrellas.

Most of the used umbrella bags cannot be recycled because of the existence of Rain Water, and most of them are discarded in metering garbage bags.