An In-depth Analysis of The China Umbrella Industry
Posted on September 15, 2018 by HfU-Admin 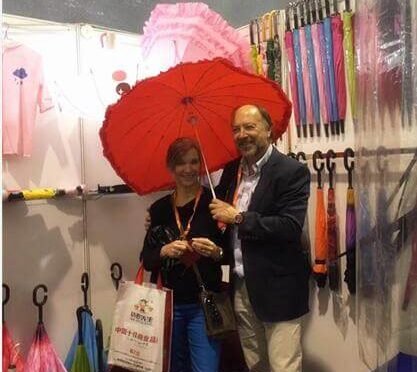 Ever encountered any difficulty while importing umbrellas from China?

Where to find umbrella manufacturers? How do I buy umbrellas from China?

With the internet development, buying umbrellas China doesn’t have to be as much of a mystery as one would make it be. 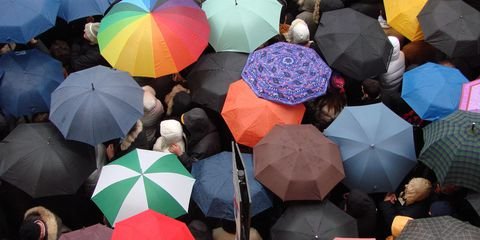 Chapter 1: Why you should import umbrellas from China

In 2013 China was the single biggest supplier of umbrellas globally with an estimated 92% of the global share of umbrella exports. Belgium and Germany represent the fastest growing rate of worldwide umbrellas supplies from 2008-2013.  Belgium grew by 37% each year while Germany grew its exports by 23% yearly. Despite India and USA is the leading global manufacturers of umbrellas, they do not export much of their umbrellas due to heavy local consumption.

The use of umbrellas is inescapable the world over and as a result, the umbrella market is an enduring one. Due to a huge population, China has become one of the world’s largest sources of labor resources. This has resulted in several industries growing within mainland China including the umbrella industry.

At first, Germany was the primary producer of umbrellas before Japan took over in the 1970s, production then moved to Taiwan in the 1980s before China started dominating the market from 1990s till now. Currently, China produces and exports the biggest share of umbrellas sold and used around the world. China’s market capitalization of the global umbrella industry stands at 80% hence dominating the market entirely.

Although there is fierce competition in the China umbrella industry, the creation and operation of large, medium and small umbrella enterprises are becoming more frequent. Also to differentiate themselves from each other these companies have incorporated extensive market research on their products.

This has resulted in the rise of a significant number of domestic umbrella brands which have become global leaders in the industry. This article will, therefore, analyze the overall umbrella industry comprehensively and accurately.

The article, therefore, presents a rare opportunity for research institutes, umbrella manufacturers and buyers to accurately understand the latest advancements in the industry. 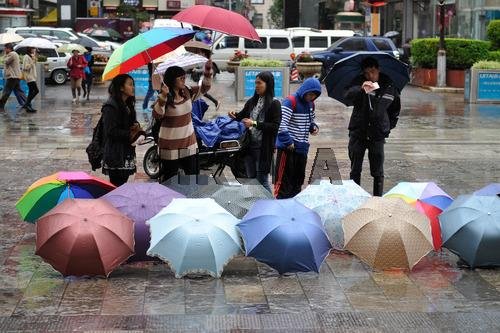 Presently China’s umbrella market is at its highest level in terms of overall consumption and production. Regular Chinese buyers and producers have been forming consumer and manufacturer trends for fashionable and functional umbrellas all over the world.

Moreover, due to increased economic and social development, China’s economically developed regions such as Guangzhou, Shanghai, and Beijing are showing clear signs of differentiation in regard to umbrella consumption. Cheap umbrellas are fast moving and they have a huge consumption volume.

On the other hand, high-end and luxurious umbrellas are quickly becoming fashion statements and entering the lives of ordinary customers. Also, deluxe umbrellas such us outdoor picnic umbrellas and golf umbrellas are been accepted by high-income families.

Although the modern umbrella industry has also entered the large-scale factory production, it still needs a significant amount of manual production. This is because of the specialty needed in making umbrellas. Manufacturing an umbrella involves assembling its vital components which include the shaft, a runner, stretchers, ribs, and a canopy.

Over the years the fabrication of canopies has experienced several modifications. In the past cotton and linen were used, today microfiber fabrics are used.

On the other hand, shafts are often manufactured using fiberglass, aluminum, wood or steel. Folding umbrellas have a transferrable shaft that can be adjusted to different lengths. Most of these processes require manual expertise. This means the umbrella industry is greatly dependent on labor resources due to its labor-intensive nature.

At their height, Germany, Japan, Taiwan, and China had significant low-cost labor resources. Hence showing that the umbrella industry has always developed around markets that have cheap and available labor resources. This is due to lower production costs. In addition to having a massive pool of human resources, China undertook an industrial revolution from the 90s.

This helped it become one of the major countries that produce and export spare parts used in the processing and assembly of almost every product in use today. The reliability and scale of these industrial systems are huge making China an absolute hub for umbrella production.

Traditionally umbrellas were particularly used as rainproof accessories. However, this has changed in the past years and umbrellas have evolved from this singular function to a variety of uses that include practical or decorative uses. Furthermore, some umbrellas are designed to be lighter and smaller while incorporating a wide array of color schemes. Umbrellas became fashion accessories now.

For instance, existing umbrella manufacturers are looking further than the production process alone. These companies have been converted from production based corporations into international traders with global brands and sales/distribution channels.

Some of these companies have also evolved into manufacturing high-end and luxurious umbrellas hence requiring research and development departments which are responsible for coming up with new umbrella designs.

The umbrella industry has also seen a growth of OEM production where customers come with their own product specifications and the manufacturer produces the umbrellas based on these requirements.

Lastly, the Chinese umbrella industry might experience a transformation. This is because some of the domestic umbrella manufactures have started setting up factories in Southeast Asia and other areas with lower labor costs. This might usher in a new round of regional transfer of umbrella production.

Furthermore, the growth of industrial groups in the umbrella industry has resulted in the interdependence between several businesses which are found within specific geographical areas. Since these enterprises are interdependent to each other it establishes a competitive advantage in the particular geographical area.

The high concentration of similar enterprises in a certain region reduces costs such as exchange costs and production costs. It also improves market competitiveness and enhances economies of scale.

These regions have been developed over the years to cover the majority of China’s local umbrella industry. Most of the major domestic umbrella manufacturers and businesses have come from the above-mentioned regions.

Chapter 7: Economic and Social Benefits of the Umbrella Industry

Like any industry, the umbrella industry in China has had positive social and economic impacts. For starters, the industry has bolstered the Chinese local economy significantly. This is through the creation of jobs and elevating large groups of people from poverty through employment.

Umbrella manufacturers have also helped industrialize some of China’s rural areas. This is by building social amenities needed by the firm such as roads, electricity and housing facilities.

Chapter 8: How to search for the best umbrella manufacturers

1. Peers, Colleagues, and Friends
We all know that friend or colleague that always has trendy accessories including umbrellas. If that’s the case you could ask them where they got them from. They will act as your referral point and direct you to the correct seller or supplier.

Asking for referrals is one of the best ways of searching for suppliers since it saves you the time and effort used in researching new suppliers. Also, you will have an accurate idea of what to expect from the supplier since you have already assessed the product based on your peer’s insights.

2. The internet
For those of us not lucky enough to have fashionable colleagues or friends, we have to resort to using the internet especially Google search. To start, search for “Chinese umbrella manufactures” from Google. Next, browse through the search results, you will likely get a ton of Chinese umbrella company’s websites. Your mission in this phase will be filtering out the results.

Not all umbrella manufacturers on the internet are reliable. Hence you have to research extensively and evaluate their reliability and expertise through the internet. Look out for any red flags by paying close attention to the content on their websites. Some of the considerations to look for include the number of years they have been in operation, customer testimonials and reviews, company photos, contact information, company infrastructure and the number of employees.

Good and reputable umbrella manufacturers must have at least 5 years of umbrella production experience and have a minimum of 30 employees in their team. A prime example of a dependable umbrella firm is Huifeng Umbrella.

This company has been in the business of producing umbrellas for more than 30 years. Therefore, ensuring considerable expertise in this space. What’s more Huifeng has a total number of 80 employees who are all trained to produce high quality and attractive umbrellas.

Lastly, due to Huifeng’s long period in the industry, it has established numerous long-term partners and clients who can act as referrals. There are also other huge umbrella manufacturers with over 200 full-time workers.

If you have the time and energy you could source your umbrellas from a variety of umbrella suppliers and compare the quality. However, the risks involved in this are high. It may end up costing you a lot of money and time. The best ways to avoid this is by looking at the suppliers rating, other buyer’s testimonials/reviews and asking for samples.

4. Trade Fairs
If you are not comfortable with sourcing for umbrellas on the internet you could choose to visit trade fairs and find umbrella manufacturers directly. Some of the most popular trade fairs are the Yiwu international fair, Hong Kong fair and Canton fair. Fairs are particularly a good way of looking for suppliers since it adds a personal touch to the whole experience.

This is because you get to talk to some of the representatives of these umbrella companies and test their products. The only drawback of using trade fairs is the businesses on the show are big companies. They cater to the needs of big importers such as supermarkets.

Conclusion
We hope the above analysis and description of the China umbrella industry help you make clear corporate directions, make the right business decisions, and utilize emerging market opportunities. The article has also underlined the latest developments in the industry hence enabling you to prospectively identify unmet market needs and trends.

This could act as a good vantage point for sustainable business development and also help you to effectively avoid the investment risks involved with the industry.