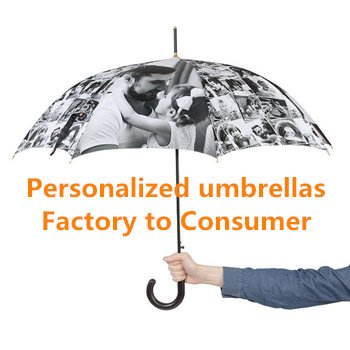 Can only one umbrella be customized? The answer is yes.

“Unique umbrellas” are everywhere in the umbrella exhibition hall of Huifeng. “This umbrella is different from any other umbrella. It is not only waterproof but also fireproof and lightning proof.” Explained General Manager Justin([email protected]) as he pulled a seemingly ordinary black umbrella from the cabinet.

Justin introduced the design of this particular umbrella as a response to the strong demand of the market for such a thing. “At that time, customers were asking for personalized umbrellas that could survive the fierce climate happening outdoors. The cost of such a thing is really high. After doing careful research, we communicated with our customer base to confirm their needs. As a result of that process, we have presented a fireproof and lightning proof umbrella.”

Justin showed the umbrella one more time “You can see how the interior of the umbrella is double-layered, giving it a much more flexible function. Thanks to the black and red two-fold fabric the umbrella design has, it’s impossible to be soaked by heavy rain if you are under it. There’s no chance rain drips inside of it.”

Justin took out a custom-made umbrella. “This is the real benefit of black tape. As you can see, the umbrella has not faded at all even though it has faced three years of sun and rain.” Justin explained how customers expected a longer shell life for their umbrellas. “When I take out this umbrella, I always remember how long I’ve had it.”

“There was one time after we did thorough market research, we decided to launch a new series of umbrellas for cars. At the time we decided to do it, there was no market for it.” Justin said that the car umbrellas was introduced as a safety feature. You can open and close it with one button. The safety function is also integrated into the basic function of the umbrella. 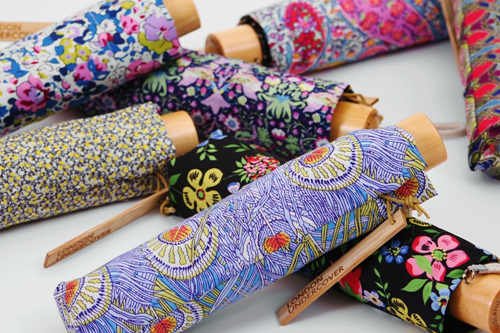 Huifeng umbrella company has a starting point in answering the users’ needs. They give it a creative spin adding fashion elements resulting in an umbrella with high added value that is custom made, fashionable and functional. In present times, there are dozens, or even hundreds, of top products. Justin is proud to announce Huifeng umbrella company has an annual production capacity of over one million high quality and capable products with a fast delivery rate. This is thanks to the strong design capabilities of the development team and their ability to answer to the users’ needs at any time, making them the best-personalized umbrellas manufacturer in the market right now.

But the Huifeng umbrella company is not alone in their umbrella-making endeavors. They are surrounded by fierce competition in the domestic umbrella industry. There is a booming industry regarding the umbrella market. And even though the number of companies dedicated to the umbrella business is at its highest number ever, the foreign trade situation has been on a steady decline. This results in countless of companies closing down due to a reduced number of orders. But no matter what, Huifeng umbrella company continues to grow. Their latest annual sales growth was of over 30%, increasing their customer base of tens of thousands both at home and abroad.

“The key is to seize the market changes on time.” JUSTIN said, “Making changes quick” is their development secret. Huifeng has focused on normal umbrellas in the past. But the company has found that within such a fierce competition such low-end products do not turn a profit. As a response to this Justin thought of another breakthrough “An umbrella that can also be customized”. And that’s how they became a personalized umbrellas manufacturer. 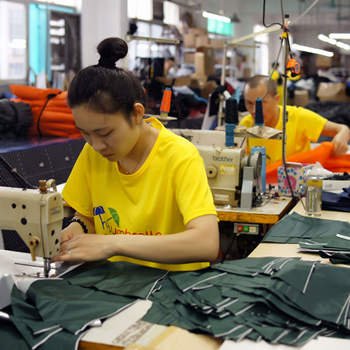 “Traditional umbrella manufacturing is a mass-produced enterprise. If you want to turn it into a customizable business, you are not going to make much money. The cost of opening a new production line is too high, at around 100.000 yuan each. This is not worthwhile for most umbrella companies.”

Justin is willing to make this investment, “We can do what others cannot do. And thanks to that, the market naturally comes to us.” One time, a Danish badminton manufacturer found the Huifeng umbrella company and wanted to customize 100 umbrellas with their corresponding badminton pattern. But his company does not work for such mass-produced orders and Justin rightfully refused. Thanks to his digital design equipment, the Huifeng umbrella company can operate in different batches. Allowing the company to customize and produce umbrellas according to different customer requirements.

“This batch of umbrellas was sold at more than 100 dollars per unit, which is the most expensive umbrella we make.”

Despite the high cost and insignificant small orders that might seem ridiculous to others, in the eyes of Justin small orders have a higher added value than most.

“Ordinary umbrellas are sold for one or two dollars. Custom made umbrellas are sold for five to ten dollars. It is close to ten times the prices per unit of a batch of umbrellas.” Justin explained that. They have pursued large orders in the past, but now their custom umbrella business is their number one contributor to the growth of their orders.

“We have also broken the traditional operation protocol. We first match the customer’s needs, issue a design plan, we then receive payment and start production. Afterward, we deliver the finished product. This not only increases the pressure and risk but also brings us closer to the customer” Justin explains.

The Huifeng Umbrella company is a personalized umbrellas manufacturer that brings personalized, fashionable and customizable umbrellas manufactured in small orders creating a bigger and stronger brand. In addition to original sales channels, Justin has located umbrella sales on the internet. Today, many customers have found Hfumbrella directly thanks to Google and YouTube.

SEND YOUR INQUIRY DIRECTLY TO US

Have Questions? Don’t Worry!
Send your inquiry to [email protected]