A Personalized Umbrella Leads To A New World
Posted on July 3, 2017 by HfU-Admin 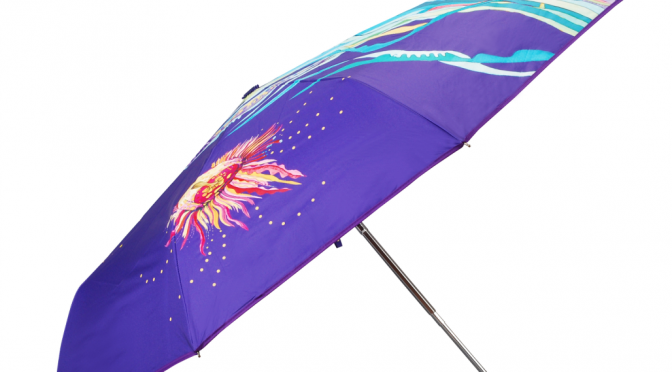 The umbrella industry, with the characteristics of not complicated manufacturing techniques and affordable price, is a highly competitive world. To excel and make a profit in this industry is not easy at all. Nonetheless, Guangzhou Huifeng Umbrellas has opened a new world by adopting the strategy of divergence. 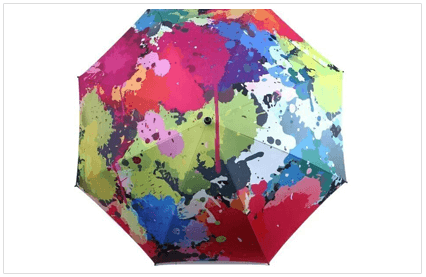 Taking the Road of Characteristic Development

In the early 90’s, Mr. Tan who is experienced in marketing and sales saw the great potential of the umbrella market and then made a decision to open an umbrella factory. He said, “ At that time, the umbrellas had a very common look. Good at marketing and sales, I took business trips to many cities, Beijing, Tianjin, Shijiazhuang, etc, and as a result, the sales soon surged.”

However, just a couple of years later, Mr. Tan started to feel stressed. In 1999, he observed the fierce competition in the umbrella market, with the small factories starting the price war and margins squeezed. “ Some small factories made profits by producing low-price and low-quality umbrellas while my umbrellas couldn’t. The increasing pressure in operation forced me to renovate and transform.” Mr. Tan said.

Since that time, many enterprises have showed a strong will in image publicity, and therefore the golden age beckoned for the advertising industry. Mr. Tan began to think about using the umbrellas as an advertising vehicle and exploring the market of advertising umbrellas. He shared his ideas with a client, who was racking his brains in finding the best way for product advertising. The client spoke highly of Mr. Tan’s suggestion, and quickly made the first order of advertising umbrellas.

Looking at the ready-made advertising umbrellas, Mr. Tan believed that it was a wise transformation.

The Era of Personalized Umbrella

Huifeng Umbrellas has seized the big market of advertising umbrellas, which, however, became crowded within just a couple of years. Mr. Tan, a thoughtful person, began to transform the company again.

“ I find that some cups and clothes are customized, and perhaps my umbrellas can be customized as well.” This idea occurred to Mr. Tan, and then he led Huifeng Umbrellas to the fast track of customized umbrellas. 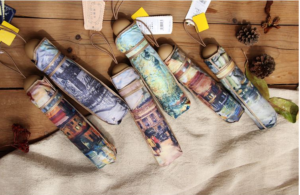 Capture the Channel of E-business

Overseas Orders came one after another

In the production workshop, the machines are running, while the workers are carefully cutting, printing, assembling and packaging. “ These are the order of an American client; these are the Korean clients’.” Justin, overseas market manager of the company, was talking about the orders on the way.

According to him, the increasing orders from home and abroad was credited to the rapid development of the E-commerce Team of Huifeng Umbrellas. He said, “The traditional trade model is still running, while e-commerce has helped us to attracted many clients from all over the world.”

Up to now, 60% of the sales came from e-business. What made Huifeng Umbrella more confident is thatPersonalized Umbrellas have high technical barriers, which are not easy for most factories. “ Over the past few years, we have upgraded our machines three times. We have had many patents. We will put our advantages in the umbrella industry into full display.” Mr. Tan said.

Over the past few years, Huifeng Umbrellas has created a new world in the umbrella market by using small umbrellas 。